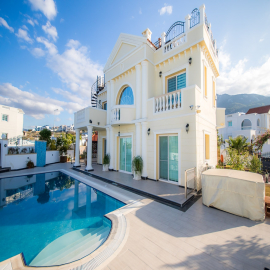 Most of us do not deal with real estate acquisitions on a daily basis, especially when it comes to real estate 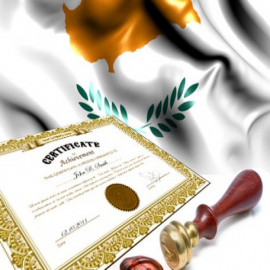 Legal services for businesses in Cyprus 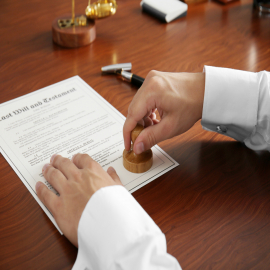 The registration procedure of an inheritance case in Cyprus takes a lot of time, since it is necessary to contact

MAIN TYPES OF REORGANIZATION IN CYPRUS

Cyprus may make a boast of the attractive merger and reorganization conditions, not only at the local level (i.e. between Cypriot entities), but also at the EU cross-border level. The most obvious and well-known advantage is the merger of two companies, for instance, with a view to creating a more powerful entity, or avoiding liquidation of group entities, or transferring assets and liabilities with no need for concluding contracts or other cumbersome procedures.

Mergers in Cyprus are also tempting from a tax perspective, as mergers and reorganizations which come within the provisions of the law may lead to complete tax exemptions in Cyprus.

As part of the reorganization and subject to certain conditions, it is possible to transfer assets and liabilities between the companies on the basis of tax neutrality. In this case, tax losses can be carried forward to future tax periods by the successor company.

There are the following types of reorganizations:

· One or more companies on being dissolved without going into liquidation, transfer all assets and liabilities to another existing company in exchange for the issue to their shareholders of shares representing the capital of the "existing company" and if applicable, in exchange for a cash payment not exceeding 10% of the nominal value of shares,

· One or more companies being dissolved without going into liquidation, transfer all assets and liabilities to a new company that they form in exchange for the issue to their shareholders of shares representing the capital of the "new company" and if applicable, in exchange for a cash payment not exceeding 10% of the nominal value of shares, or

· A limited liability company on being dissolved, without going into liquidation, transfers all assets and liabilities to the company holding all the shares representing its capital.

The Income Tax Law classifies mergers and divisions (demergers), partial division, transfer of assets and exchange of shares, as well as arrangements that are carried out in accordance with Articles 198-201. Sections 201A-201H of the law apply to public companies.

Local mergers should get prior court approval (declarative order). Mergers result in the transfer of assets and liabilities from one company to another. Relevant formalities include a resolution by the board of directors of the acquiring company to approve the merger and the merger plan. The resolution is then presented to the shareholders for approval and ratification. Next step is conclusion of the agreement and drawing up the financial accounts (merger accounts). The consent of the creditors, if any, is also required. All merger documents, accompanied with the articles of incorporation of the acquiring company, are enclosed as documentary evidence to two petitions that are submitted to the competent district court.

The first petition concerns the formal request to release the applicant from the need to go to court to call the company's (to which another will join) shareholders and creditors meeting, given that the meeting of shareholders has already taken place and the letters of consent have been received from the creditors.

The second petition concerns the approval of the proposed merger.

If the court is satisfied with the content of both petitions, it can immediately issue a merger order or postpone the consideration of the main petition and request additional information. After the merger order is issued, it must be filed with the Registrar of Companies. The latter will further proceed to issuing a certificate of dissolution of the company that was absorbed and dissolved. A Certificate of Dissolution is an official document confirming the completion of the merger and indicates the date from which it will go into effect. Note: The merger is not valid until the documents submitted are processed by the Registrar of Companies. Accordingly, the dissolution of the absorbed entity goes into effect retrospectively.

following simplified provisions have been introduced for cross-border mergers of limited liability companies within the EU.

Cross-border mergers can take place between limited liability companies incorporated in conformity with the laws of a Member State. The companies must have a registered office, headquarters or center of main interest within the territory of the European Union, provided that at least two of them are regulated by laws of different EU member states (Article 118 of EU Directive 2017/1132 / EU).

The above cross-border merger procedure is as follows:

· The management of each merging company draws up the common draft terms of the cross-border conversion containing the information stated in Articles 122 (a) and Article 122 (l) of EU Directive 2017/1132 /EU.

· The common draft terms are submitted to the Registrar of Companies, if it is a Cyprus organization, and then are subject to publication in the official gazette of the Republic of Cyprus. A similar procedure goes into effect in another EU Member State in accordance with the applicable laws and regulations of that country.

· The management of each merging company prepares a report addressed to the members of the company, explaining and justifying the legal and economic aspects of the cross-border merger and its implications for the members, creditors and employees.

· It may be required to obtain a report from independent experts on each merging company. In accordance with Article 125 (4) of EU Directive 2017/1132/EU, there is no need to provide an independent expert report if the participants (shareholders) of each of the companies agree to the reorganization.

· After the deadlines set by the relevant laws of each EU Member State expire, a general meeting of each merging company must be called to approve the common draft terms of the cross-border merger.

· Thereafter, a petition must be submitted to the competent District Court where the registered office of the Cyprus company is located, requesting the issuance of a certificate of the appropriate completion of the merger and all formalities. After the in-depth examination of the lawfulness of the cross-border merger with respect to the part of the procedure that concerns the Cyprus company, and provided that everything is lawful, the District Court issues a certificate. A similar procedure is applied in another EU member state.

· Depending on which organization undergoes the merger, the necessary steps should be taken in the corresponding Member State to complete the merger. The cross-border merger will go into effect in accordance with the national legislation of the Member State of the acquiring company, and the competent authorities will contact each other regarding the necessary notifications.

· Once the notifications about the company dissolution due to reorganization have been sent to the competent authority, it will proceed to register its liquidation.